Have Books, Will Travel

How does a vacation to a far-off destination sound to you? Maybe with a beautiful, sandy beach or a picturesque french countryside; amazing right? And also not physically feasible for most people right now. But that doesn't mean you can't still go to these places, just check out one of these books.

We're all in the same boat right now, and that's the boat that's helping save lives by sticking to your own boat. But that doesn't mean that boat can't float off a bit, with a book that is. If you're like me and am desperately missing a beach, there are ways to help alleviate that wanderlust...by reading, of course!

I know some people like to read a book while they're on vacation that's set in their traveled-to destination. I've strived to do that, but haven't always been successful. Therefore, the recommended books below are a mix of what I have read and what I'm hoping to read someday.

The Alice Network
Kate Quinn
Available as an e-book

If you also like historical fiction as I do, then I think you'll enjoy this novel. Quinn is a natural storyteller based on the few books of hers I've read. And this one has been constantly checked out for a reason, as it follows the storyline of two women of different ages and personalities, but both following the same goal that has them driving all around Northern France, just after the end of World War II. Along with enjoying the scenery, you might also find yourself enjoying the several characters involved for their various quirks and faults. It's a great story, of course too.

YA Book recommendation! It's been a red-hot minute since I've read this book, but I recall reading it because I needed a quick, easy read. It's what I'd classify as a brain-candy read; meaning it's not going to provide you with any overwhelming new knowledge, but it's a nice little distracting story instead.

Of course it's a love story too, which also makes it fall in the brain-candy category. If you read it, you get to follow main character Sophie and her brother, Eric, to Paris for a summer trip to stay with their father and new stepmother, rather begrudgingly...at first. Of course Sophie meets a handsome, young boy while on the trip but also makes an enemy with her new stepsister, Camille. There's drama, there's love, and there is the beautiful Paris city and scenery to enjoy.

The Sacrament
Olaf Olafsson
Available as an e-book

This is another on my to-reads list but the front cover of the book is what initially drew my attention; it's a photo of the Black Church at Budir, on the south coast of the Snæfellsnes peninsula (see above photo). A couple of years ago when I visited Iceland, one of our stops was to see this church, and it was well worth the long drive of wide-open Icelandic landscape. So that's the first reason I grabbed this book.

The second is that the book doesn't sound like something I'd normally read, but it also sounds intriguing, and I'm always open to reading new genres. It's a story involving an allegation of misconduct at a Catholic School in Iceland, that a young nun is sent to to investigate. It also then includes a young boy that witnesses the death of the school's headmaster, and I guess how both of these things connect to each other. That's probably a really vague and bad description of the book, but that's it in a nutshell. So I'm looking forward to reading it. 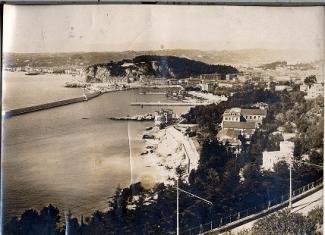 I might've recommended this one in the past but who cares, I really love this book! It's worth the read just for the suspenseful, classic drama that du Maurier creates that doesn't slow the story down one bit with any confusing or clunky prose. It's beautifully written and you'll thank me when you finish the book. Technically most of the book takes place in the English countryside at the infamous home of Manderley, but it begins in Monte Carlo when the unnamed (other than simply the new Mrs. de Winter) protagonist is there on vacation as a companion to an elder, meddlesome lady. She meets Mr. de Winter and proceeds to fall head over heels in love, as a younger woman looking up to an older, widowed man. They marry and return to Manderley where the remainder of the book follows the new wife's struggle with the still-present memory of Rebecca, Mr. de Winter's first wife.

It's a good story and provides you with both the background of the hilly, scenic oceanside of Monaco, and the beautiful English countryside. 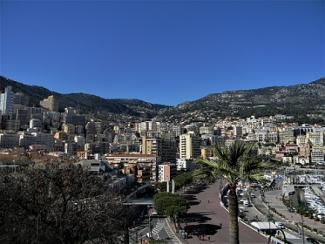 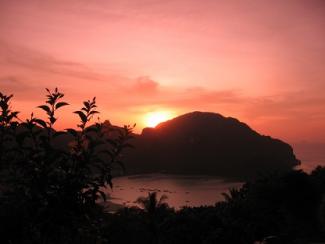 I sadly haven't read any books set in Thailand, that I can think of. But here are a couple on my to-read list...

This book sounds intriguing to me based on a few of the reviews I've read of it, for not only its historical fiction nature, but also because it sounds like it's a mixture of several smaller stories that culminate in the end with a mysterious final act. It does sound like some patience is needed to get through the first part of the book. But in my experience with previous novels I've read like that, they've ended up being my favorites.

Bangkok wakes to rain: A Novel

The Beach
Alex Garland
Available as an e-book version, currently checked out

I feel a little cliche recommending this book, especially since I haven't read it. But I have seen the movie version, and it intrigued me enough to want to read the book, someday. It could've been because I'm a huge Leo fan, but I hear the book's good too. If anything, it offers up a to-die-for setting on a remote, idyllic beach in Thailand. It's a thriller novel as well, so that should add to the fun. 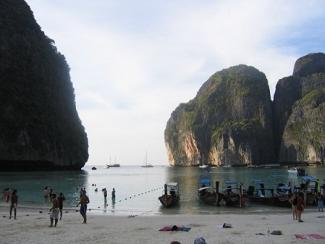 If you'd like to travel to the United Kingdom... 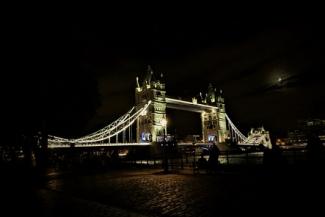 View of the Tower Bridge in London, October 2019. Photo by Sarah Arntz.

Another historical fiction read and also another that took a tad of patience at the beginning as you learn the main character's back story, when he and his sister are left in the care of an individual they call "the Moth." It's just after the end of World War II, and "the Moth" brings with him several other questionable characters that help in educating the kids in matters that may not be completely legal. The book covers their lives up into adulthood for both characters; Nathaniel and Rachel are their names. Eventually, their mother returns which brings with her new revelations about who she really is and where she's been for so long. It's an intriguing read that travels throughout the city of London and a bit of the countryside, and comes with a bit of a twist to the ending, but just a bit.

This is another book I have not read yet, but am hoping to eventually. But the explanation of what the story is about is pretty self-explanatory - there is love and all that jazz that Jane Austen provides with the story, and then zombies eating people as well, courtesy of Seth Grahame-Smith - an author well-known for turning classics into gory material. Fine by me, it's distracting right now anyway to think of zombies instead of a virus. Oh, and I just learned it's a series of 3 books, so you really get your money's worth of gore.

If none of these sound like good vacations for you though, here are a few other recommendations...

'Til next time,
Sarah

Sarah is a Program Coordinator with Metro Archives. Her interests and areas of expertise are history, reading books (of any kind), music, travel, Harry Potter, and bingeing a good comedy series. When not in Archives, she is either nose-deep in a book or planning her next trip. Learn more about the fascinating materials found at Metro Archives through their website.